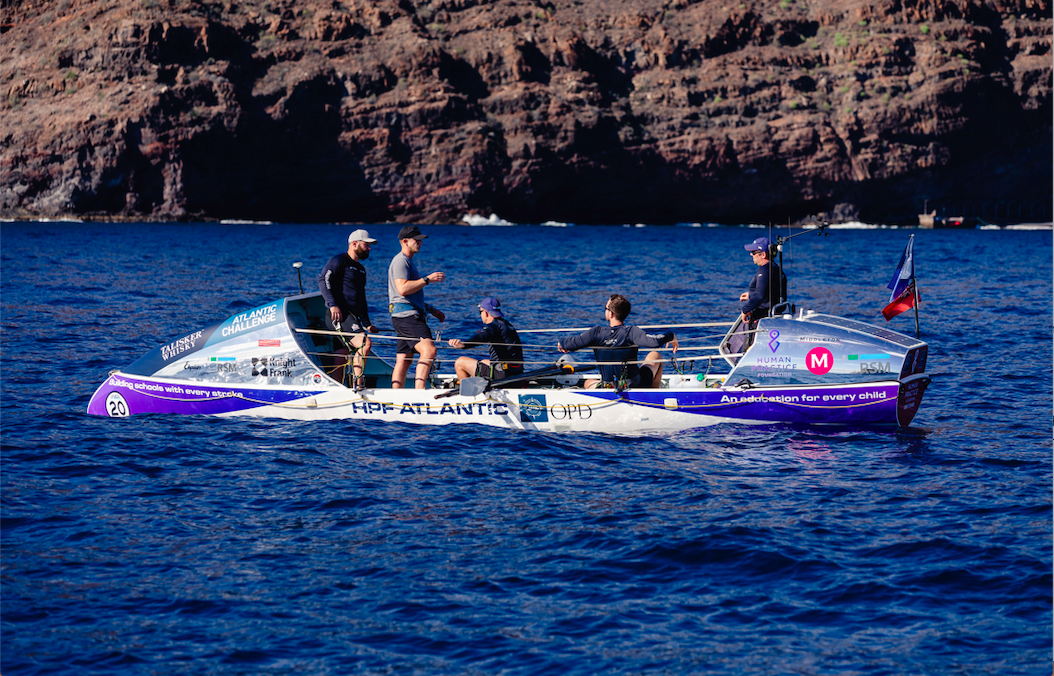 Friend of Middleton, Calum Barclay, has taken on the incredible Atlantic Challenge in support of the Human Practice Foundation.

The Talisker Whisky Atlantic Challenge has taken place since 2013, and Calum's is one of 20+ teams that will compete in what is known as the world's toughest row.

Calum and Ashley Jones have been friends since the age of 10, having met growing up in Hong Kong. Both have spent some time in the British Army though neither had rowed much before deciding to take up this challenge.

"After years of desk work, the time for adventure resurfaced," says Calum. "There comes a time when you need to put down the pen and pick up the oar...and this is it. This is up there with the toughest of challenges and so we quickly roped in a couple of younger lads to make sure we are able to make it!"

Calum is a founding partner of the Human Practice Foundation which builds schools for children living in extreme poverty, primarily in Nepal but also in Kenya. Working hand in hand with local communities, HPF has built 59 schools since 2014 that have provided education for 27,000 children.  HPF's unique model allows 100% of donations to go directly to the schools projects as all overheads are funded separately.

"We believe that no single power in the world is stronger than the inner strength of children who are given the opportunity to learn," says Calum. "That all children should have access to quality education and decent jobs when they graduate is the key purpose of the Human Practice Foundation."

To find out more about the team and the charity - click here.